The Inside Scoop: China with Four Seasons 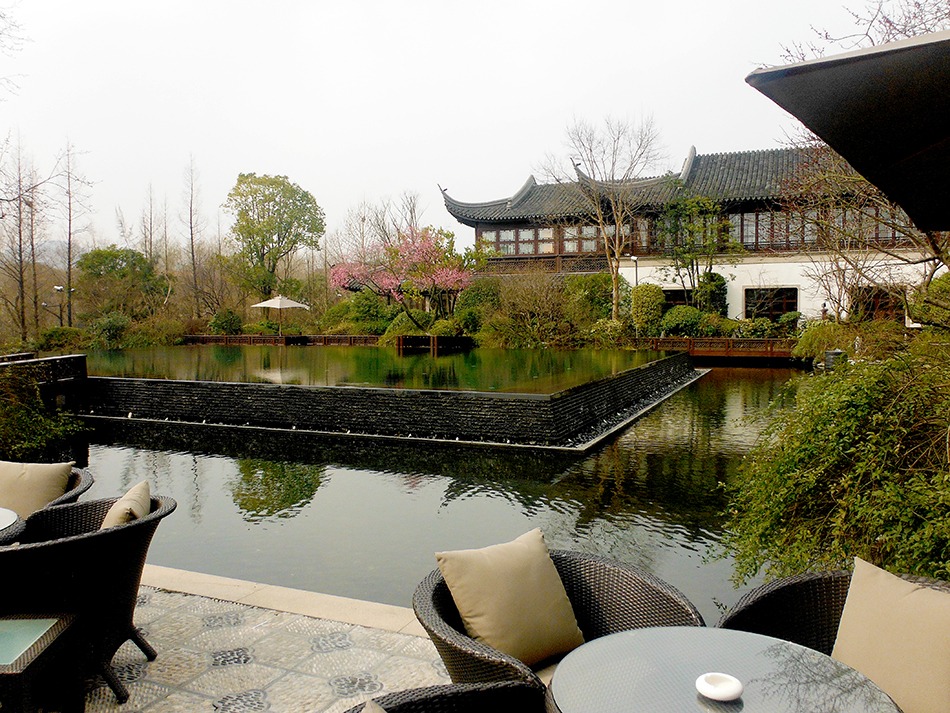 A trip review by Madeleine Virag, Away by TTI Travel Advisor

Four Seasons Hotels offers an ongoing promotion in connection with their 7 properties in China. I was lucky enough to see some of China by Four Seasons on my vacation 01-14 Feb 2015.

Our itinerary was as follows: Hong Kong – Macao – Hangzhou – Shanghai – Beijing
We had been to Hong Kong and Macao 25 years ago, so it was interesting to go back after so many years.

Hong Kong is a vibrant, multicultural city, as it was 25 years ago, so the difference was not striking. Four Seasons is in the Central district and is part of the International Finance Center complex with great shopping and access to transportation. The hotel overlooks Victoria Harbor – the world’s second largest harbor after Rotterdam.

Finding international cuisine is easy. The most spectacular view is from the top of Victoria Peak – along the way you can see the Orient’s most expensive apartment building designed by Frank Gehry, some private clubs and lovely gardens. The city has 34 beaches and at some it felt a bit like being on the Mediterranean.

Macao: (population 600 000 with 30 Million visitors in 2014-mostly from China)
Macao – similarly to Hong Kong is an autonomous region within China. 25 years ago it was a small Colonial town with 1 casino and strong Portuguese influence, but since then they reclaimed a huge territory from Sea and they built “Cotai Strip” – a second Las Vegas. Same architecture and hotel names – the Eiffel Tower is being built and should be ready within 6 months just next door to Four seasons. The construction everywhere is staggering – across from the Four Seasons (the only non-casino hotel on the strip) 9,000 rooms in 3 hotels were built within the last 3 years.

Four Seasons was interconnected with The Venetian and I have never seen as many luxury big brand named shops next to each other than in Macao. Apparently they are all the best selling shops within their brand: Hermes sells over twice as many goods here than their flagship store in Paris and others similarly. The same shops can be found in mainland China as well but apparently there is a huge luxury tax added there.

Interesting experience for a non-gambler. 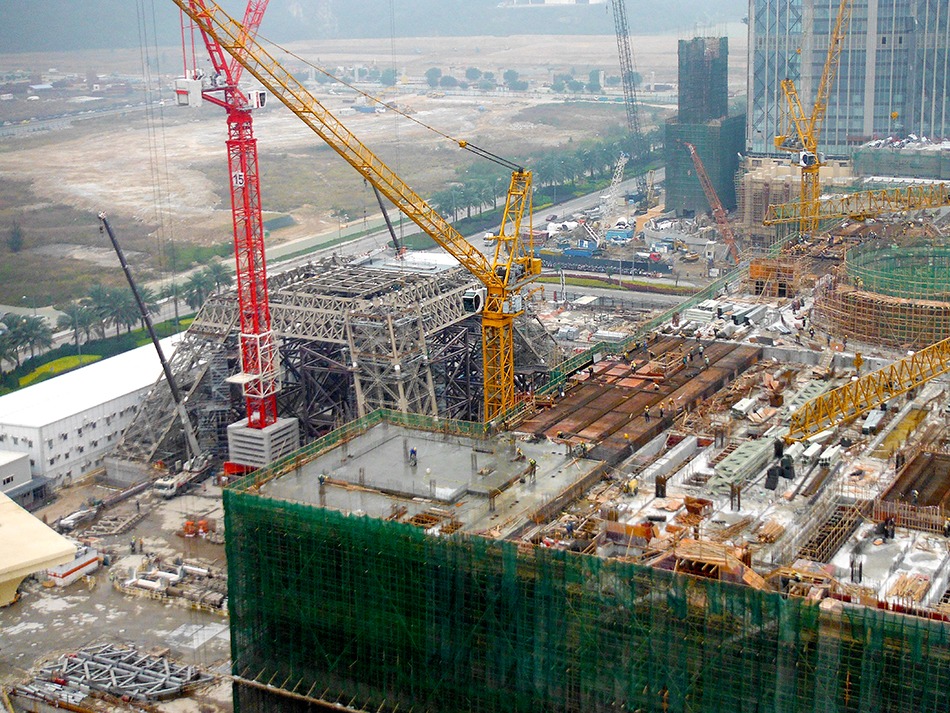 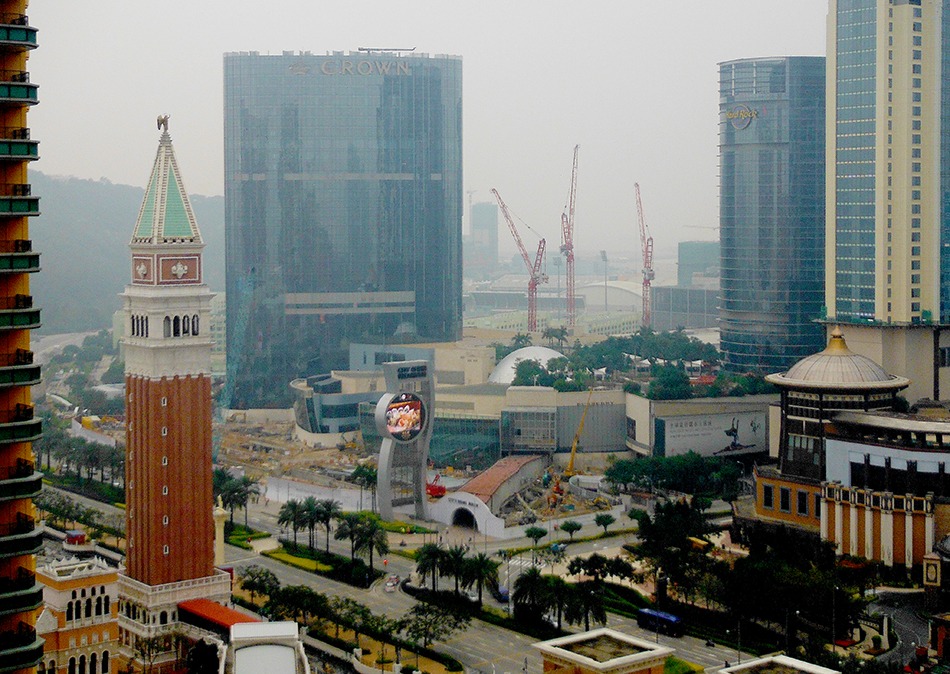 Just over 2 hours of flying took us to Hangzhou, a prominent city in South China best known for its natural beauty and being the south end of the Beijing – Hangzhou Grand Canal which was completed in the year 609.

The city is spread around the famous West Lake and is known to have had inhabitants as early s 7000 years ago and is listed as one of 7 Ancient Capitals of China.

The Four Seasons sits on West Lake and it is exceptional. The traditional Chinese architecture mixes perfectly with the chic contemporary style and every part of the hotel oozes relaxation, comfort and luxury. We had dinner in their award winning Chinese restaurant: Jin Sha featuring Classical Cantonese and Shanghainese meals. The night before we set out to find one of the well liked local restaurants in the park by the lake and we got lost only to end up in a Kentucky Fried Chicken joint that was really bad and we were frozen – our night at the hotel’s restaurant was well appreciated.

Before we left I was determined to squeeze in some of the Chinese countryside as well so against my tour operator’s advice I insisted to pay extra and take a car and driver from Hangzhou to Shanghai. Normally it’s a 2 hr bullet train or fast drive on a highway but I looked up on the map that in theory we could follow the Bay of Hangzhou – thinking we could have a bit of insight to country living. I was wrong. The driver and guide were very nice and polite but explained that the small rural roads are not properly connected so we just took a longer highway arriving to Shanghai 4 hrs later! 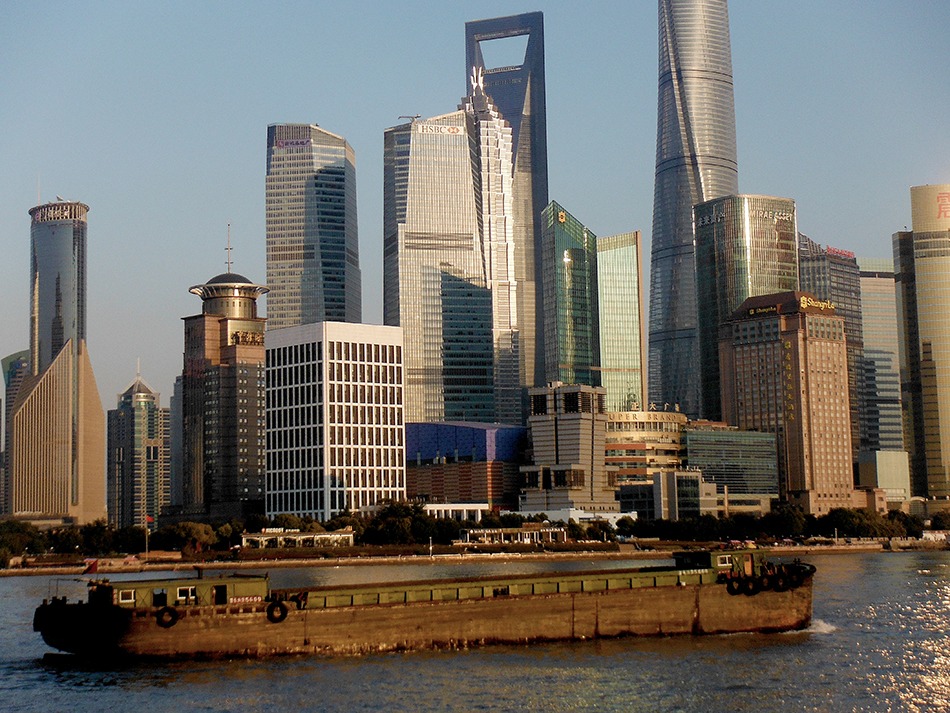 I knew from the beginning that I would love Shanghai – to me it always had that exotic allure and I was excited to experience it and clarify my confusion about Puxi vs. Pudong, about French and English concessions etc.

Shanghai is almost like Buda and Pest divided by the River Danube – Shanghai is divided by the Huangpu river and the old side is Puxi the new is Pudong. Puxi is the historical center of the city. This is the area that hosts the Foreign Concessions.

What is a Foreign Concession?
In China between the mid 19th Century to WWII, Concessions were the lands given over (conceded) to individual governments, e.g. France and Great Britain, and controlled by those governments – this was the result of treaties after the Opium War. Puxi’s area by the river is called The Bund that features beautiful historical architecture that housed banks and trading houses through the centuries.

Across the river is Pudong

Up until 25 years ago, the area that now is Pudong housed some warehouses and farming communities. Now it is the Financial center of the city with modern architecture and a skyline that rivals New York’s.

Xin Tian Di (sometimes they write XINTIANDI) is a very charming area that was an old residential area and, much like our Yorkville, it went through a revitalization and has some great shopping and restaurants.

Nanjing Road is the main shopping street, and part of it is all-pedestrian. Great for people- watching and it runs from The Bund to Jing An temple.

The city has 2 Four Seasons: One in Puxi – where we stayed, and which is more suitable for leisure travelers, and one in Pudong at the business center of the city.

We took the bullet train to Beijing –it was a very comfortable 4.5 hrs journey in 2nd class. The train station in Shanghai is very much like a big modern airport – finding our way was not as challenging as we expected. 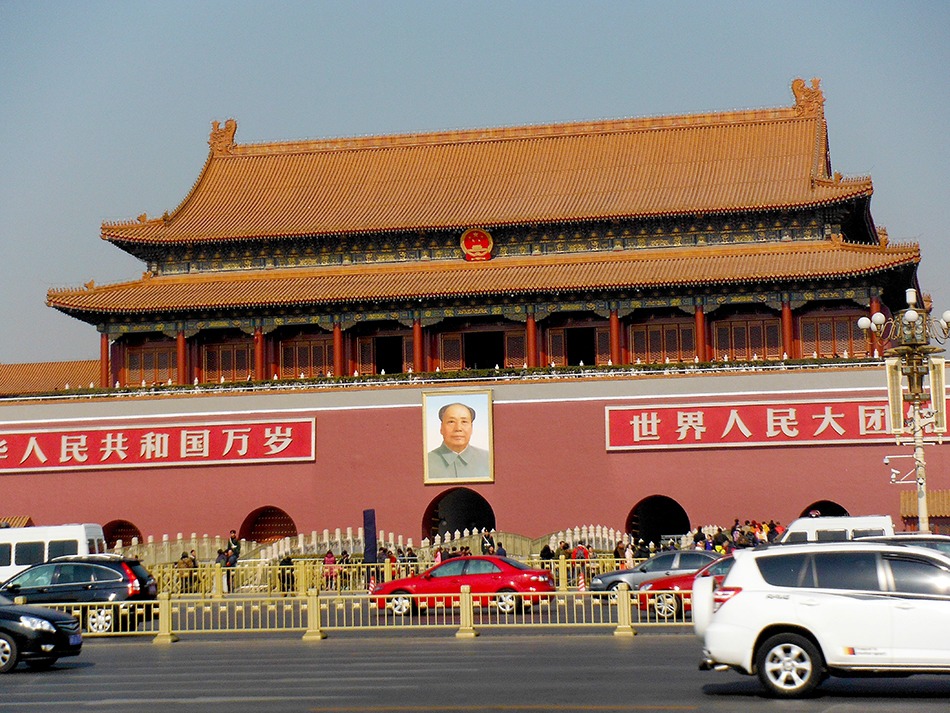 The sheer size of this city is compelling and after spending 5 days we still had no understanding or grasp of directions. Luckily taxis are very inexpensive –unless you want to take them in rush-hour in which case they will charge you up to 5x of the regular rate. (Beware and negotiate – we walked away until we found someone for double the rate which we found fair.) Because the majority of taxi drivers do not speak or understand English it’s important that you have your concierge write down the possible places you may want to visit. Four Seasons gave us a pre-printed list of major attractions in English and Chinese so we could always point where we want to go and never had any problem.

Forbidden City – home of 24 Emperors consisting of over 1000 buildings. At one point over 70,000 Eunuchs lived and worked there to protect over 10,000 concubines.

Temple of Heaven – group of Religious buildings where Emperors came to pray for good harvest and annual ceremonies.

Lama Temple – Would be the Temple for the Dalai Lama but he is in exile in USA – the government still pays for its upkeep.

Tiananmen Square – can hold over 1 million people. You go through security to enter the square and police presence is seen everywhere.

The Great Wall – The wall is 15,000 km long – There are several sections to visit, the closest and most popular is the Badaling section but I wanted a less crowded experience so we visited the Mutianyu section about 1 hr and 30 minutes drive from Beijing.

The Wall was built through the Centuries starting as early as the 7th century BC and joined eventually for the protection against the different Nomadic invaders – mostly the Mongols.
Some parts are in very bad condition but the major sites to visit are well maintained and regularly renovated by the government. The weather was beautiful and we went early so there were no crowds at all and Nature around the Wall is breathtaking.

Exuding all the warmth and flair of its surroundings, the Hotel in Beijing is a welcoming enclave that instills a sense of pride and belonging. Its location within the Liangma area of the Central Business District..

We had Valentine’s Day dinner at Mio, their signature Italian Restaurant but the Cai Yi Xuan: Chinese restaurant is equally beautiful. The hotel has modern art very tastefully exhibited in public areas.

We were impressed by the young energy we felt everywhere we went in China – their sense of fashion and style is emerging and certainly will have a lasting effect on the rest of the world.

Dreaming of being back on the open water? Sailing

Golf you say? Now is your chance to enjoy one of C