The Inside Scoop: Welcome aboard Belmond Royal Scotsman

Interview with Madeleine Virag, Away by TTI Travel Advisor 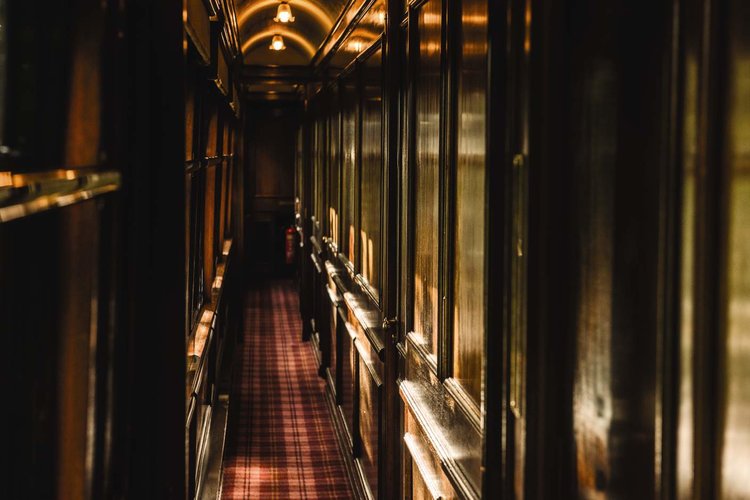 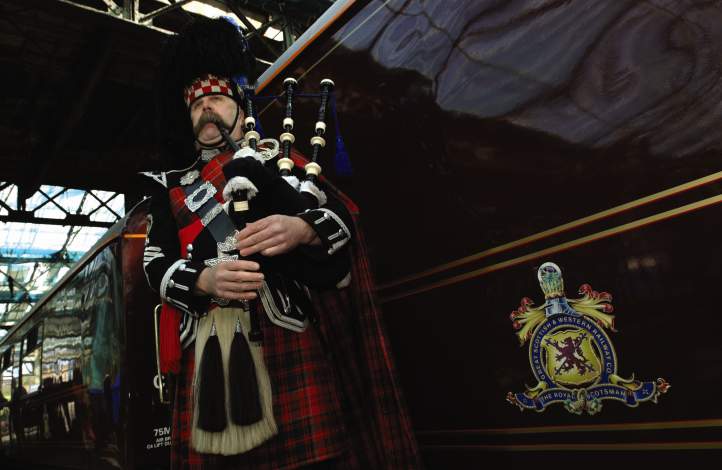 Why did you choose the destination?

Both Scotland and a Train Journey have been on my list for a long time. The theme of the itinerary was Single Malt Scotch Whiskey tasting so the Whiskey Society sent an Ambassador who educated us with lectures and plenty of tastings.

When the theme is Whiskey Tasting it always runs parallel with Royal Scotsman “Classic Tour” –which in essence is a tour of Scottish Highland and visiting Castles. This allows people to decide each day if they want to visit castles, try fly-fishing, clay shooting, walks or visit historical whiskey distilleries.

What were the highlights?

The Train itself, meeting interesting people, learning about single malt whiskeys and the ragged beauty of the Scottish Highlands.

Belmond welcomes everyone with some refreshments as you check in at The Balmoral Hotel – just over the train station. The hotel receives a phone call advising that the train is on the platform. You then walk over altogether with Scottish pipes and all the hoopla as people stop and take pictures. The train’s capacity is maximum of 40 people.

The train is very beautiful and everything you would expect from a historical and elegant legend. The level of service simply cannot be improved on as well as the loveliness of every single staff member. You can sense why everything runs smoothly when you get to know them all. They are well educated young people who take a personal interest in everything of excellence. The train manager was telling me one night that he met a horticulturist with avid interests in plants & flowers and who started to brew organic vodka. His production is very limited but the fragrance of each batch is so different from anything else it caught his interest. So they are partnering to see how to make what is essentially a passion now into a small production that will supply the train. Besides the whiskey there is a general renewed enthusiasm in vodka and brandy tasting in the world. I was lucky enough to taste his Lavender Vodka that was fished out from under piles of boxes in the storage car at midnight. When you leave the train, you feel you left good friends behind… 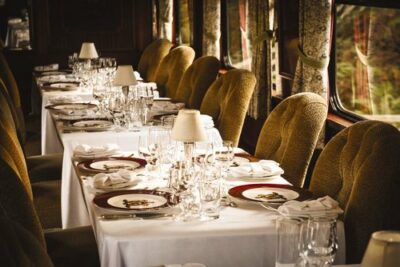 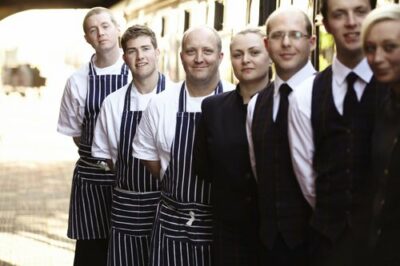 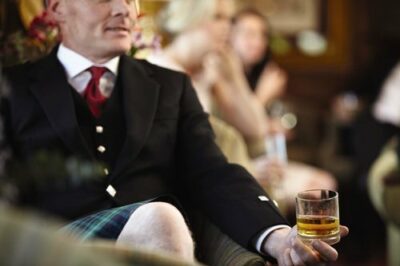 What was your most memorable experience?

Talking to a countess in a Castle of which I just finished reading a book about. To me visiting all of those castles was special. These are castles where the same families have lived since the 12th century. Being part of the Belmond group you have the privilege to be invited for cocktails with an Earl and talk about history and to find out the beauty and challenges of running an 800 year old castle … 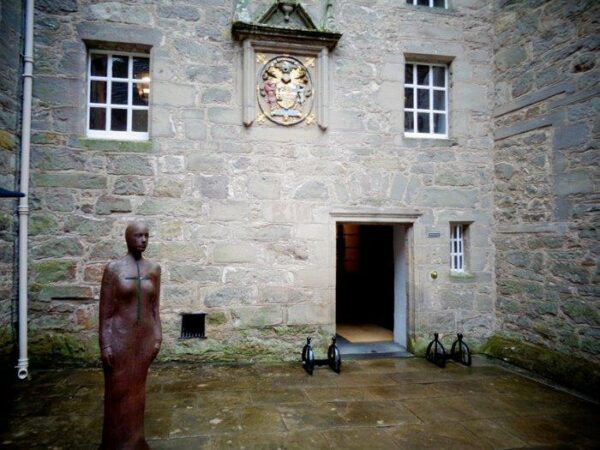 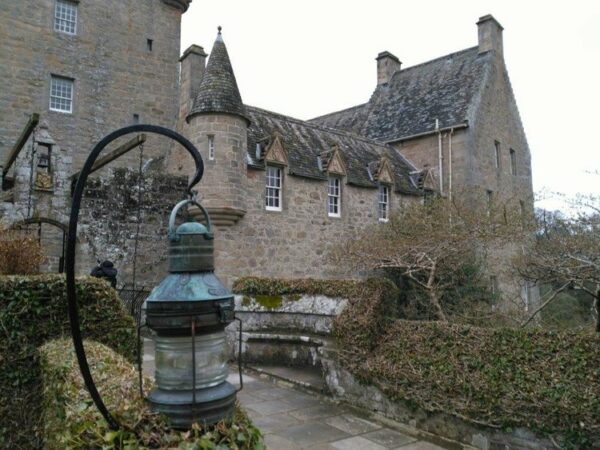 Tell us about your itinerary.

We started our journey in The Balmoral Hotel. It sits on top of Waverley Station and is the Grand Dame of the city with lovely views and very spacious rooms. It has a famous Whiskey Bar with over 500 varieties of whiskey and you can arrange whiskey tastings there. At the lower level they also house the Michelin starred restaurant, Number One, where we had dinner. I highly recommend it (along with the whiskey bar). It was truly a remarkable food experience.

Next day we left our luggage at the door and the hotel collected it. We departed Edinburgh Waverley Station and traveled north across the Firth of Forth over the magnificent Forth Railway Bridge. The train continued east along the coast, passing through Carnoustie, Arbroath and Aberdeen before arriving in the market town of Keith in the heart of the Speyside whisky region.

Next morning we left Keith and traveled west towards Inverness, capital of the Highlands. The line passed Loch Luichart and the Torridon Mountains, which geologists believe were formed before any life began.

The last day of our trip we traveled east towards Carrbridge, Boat of Garten, Blair Atholl and arrived at Edinburgh.

What surprised you the most?

What surprised me the most was the wonderful mixture of age and nationality of the clientele on the train. The nature of the journey encourages conversations and people connected very naturally at the lounge car. Within the first 24 hours everybody talked to everybody, exchanged views and ideas and in general became friendly with one another.